The Boyer Brothers started their candy business in their mother Emily’s kitchen in order to supplement the family income during the Depression Years. With brother Bill making the candy, Mom and sister Emily doing the wrapping, and brother Bob going door to door selling the brothers began what would prove to be a very successful business venture.

Initially, they made homemade fudge and nut raisin clusters. As the demand increased for Boyer Candy, so did the line of candy that they offered.

With the success of their business came the need to develop new concepts in candy.

The brothers originally tried covering marshmallows in chocolate but were unable to get the marshmallow to stiffen. Emily suggested the use of cupcake papers and the Mallo Cup became the first cup candy in America. As the years passed and the demand increased, the brothers moved the operation to an industrial facility in 1936 where the cup concept expanded with Peanut Butter Cups and Smoothie Cups.

As the popularity of the cup candy continued to grow the "Play Money" program was introduced. The consumer received a coin card ranging in value from five cents to one dollar in each candy bar This enabled the consumer to save the coins and redeem them for free candy. This program is still in effect today and encourages repeat sales and brings back wonderful nostalgic memories of childhood. Merchandise such as sweatshirts, watches, hats, tote bags and many others have been added to the list that the consumer can now trade for their coins.

In 1969 the Boyer brothers retired and sold the company to American Maize, a manufacturer of corn syrup. It was during that era that additional soft center cup candy such as the Minty Mallo, Bunch O' Nuts, Jamboree and the Fluffernutter were introduced.

In June of 1984 American Maize sold the company to Anthony Forgione, a New York entrepreneur and founder of Consolidated Brands which included four candy manufacturing companies. Subsidiary companies of Consolidated Brands included a syrup and topping manufacturer, an ice cream cone manufacturer, and three companies selling fountain and snack food supplies to the tri-state area. The acquisition of Boyer was the company's first line of branded products known to the consumer nationwide. At this time the Boyer product line expanded to include a selection of specialty and foil molded chocolate novelties for Valentine's Day, Easter, Halloween and Christmas. 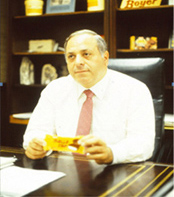 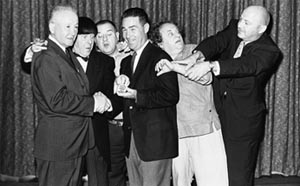 In 1997 the Triple Twist Pretzel, a butter pretzel covered with creamy peanut butter and coated with milk chocolate, was introduced nationally to the consumer on QVC. Boyer was featured on the Food Network show "Unwrapped", and in the Discovery channel documentary "The Chocolate Wars".

In April, 2007, on her show, Rachel Ray declared the Triple Twist Pretzel treat of the week and claimed it to be "DELISSCH". Anthony Forgione passed away in 2001 but his legacy lives on through his sons Anthony and Jonathan, his daughter Danielle and their mother Deborah.